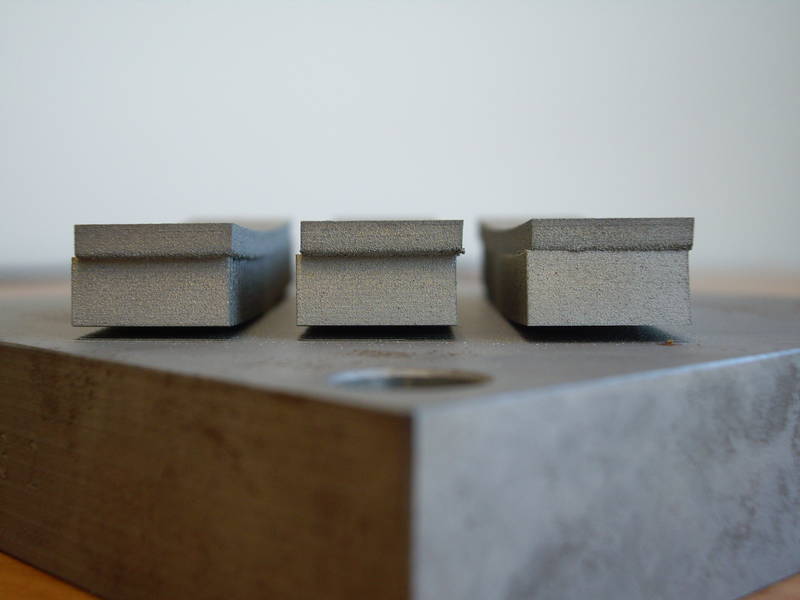 The company Concept Laser GmbH in Lichtenfels produces devices for generative production, in particular based on their patented LaserCUSING®. In this procedure, all parts are produced layer by layer in a laser welding process. The layers, defined by CAD data, are dissected into homogeneous segmets (called "islands"). The current strategy is to weld all islands in a layer in random order. The power and velocity of the laser during the welding process are kept constant so far. The project CHAMP aims at reducing deflections by minimizing the stress in the end product by optimization of the welding strategy. This shall be achieved first by a mathematically optimized sequencing of islands (Lehrstuhl Wirtschaftsmathematik) and second by optimal control of the power and the velocity of the laser (Lehrstuhl Ingenieurmathematik). 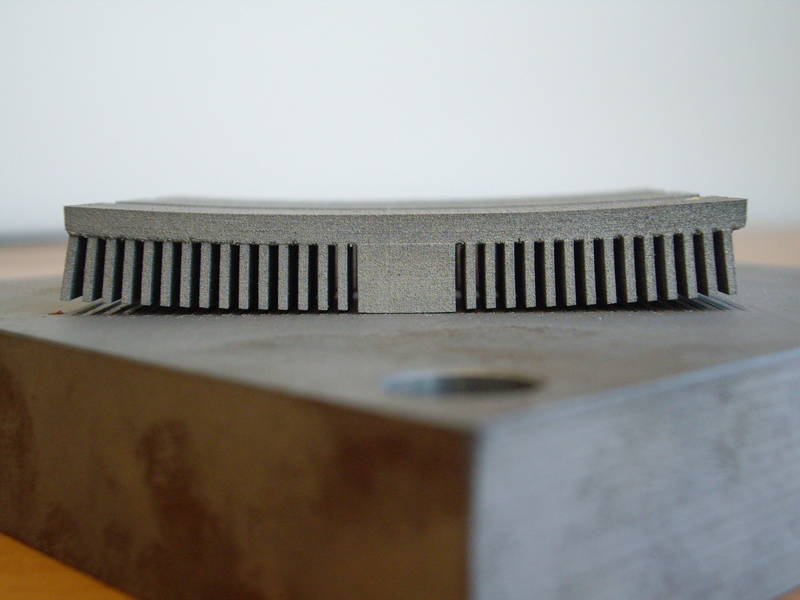 The sequencing is formalized by means of graph theoretic concepts and discrete optimization models. Each island is represented by a node in the movement graph of the laser. Since the laser can move from each island to each other island, this graph is complete, i.e., it contains all possible edges. The transition times are approximately proportional to the Euclidean distances of the midpoints of the islands; these are taken as edge weights. A possible optimization model is the so-called Maximum-Scatter Traveling Salesman Problem (MSTSP): Find a subset of edges that constitutes a closed tour through all nodes so that the least-weight edge in it is as heavy as possible. In the application, an optimal solution to the MSTSP would suggest to generate a tour through all islands where the shortest distance between consecutive islands is as long as possible. The rationale behind this is to avoid heat peaks in the part. There is another discrete optimization problem fitting the application: the Traveling Salesman Problem with Forbidden Neighborhoods (TSPN): Find a subset of edges, forming a closed tour through all islands so that all edges are at least as long as a given length and so that the tour has minimal weight. In this case, an optimal solution would suggest a tour in which consecutive islands are at least a given length apart and that is shortest possible. This would help to reduce the production time while islands that are too close would not be welded consecutively.

Completely new algorithms for the MSTSP in equidistant grid graphs were developed. The TSPN could be solved with Integer Linear Programming models and scientific standard software (concorde). The production tests yielded that the currently best strategy is to use the TSPN with a minimal edges length dependent on the material. It turned out that it is sufficient to avoid only the very shortest distances; otherwise the deflections depend to a much smaller extent on the sequencing than we (and other experts) assumed in the beginning of the project. With the TSPN-model, the production time and, even more so, the lengths of the laser tours, can be reduced without sacrifycing the quality of the generated parts.